We experienced dancers in full regalia.

Presented by the Thunderbird American Indian Dancers, the three-day program offered traditions like the gourd, round, and rabbit dances. The performers explained each dance to visiting families.

Pageantry is an important component of the event, and all participants are elaborately dressed. Most dances are performed in the traditional Circle, which represents a unity of peoples.

On display, and for sale, were many painstakingly detailed and beautiful handmade Native crafts, art and jewelry.

“A Pow-Wow is more than just a spectator event: it is a joyous reunion for native peoples nationwide and an opportunity for the non-Indian community to voyage into the philosophy and beauty of Native culture. Traditionally a gathering and sharing of events, Pow-Wows have come to include spectacular dance competitions, exhibitions, and enjoyment of traditional foods.”

40 Vendors are part of the extended Pow-Wow family, sharing their Native crafts, foods demonstrations and stories while selling only Native items made by American Indian crafts peoples and artists from the Carolinas, Peru, New Mexico, New York,  Puerto Rico, Oklahoma, Arizona, Canada and much more.

Have you been to a Powwow? 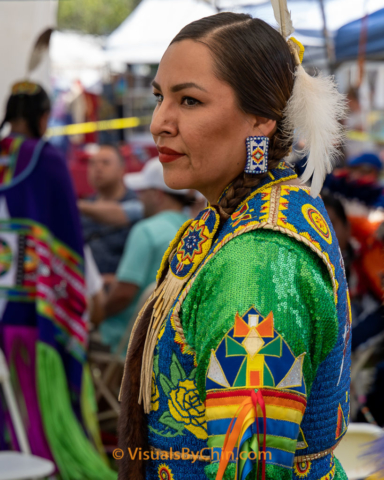 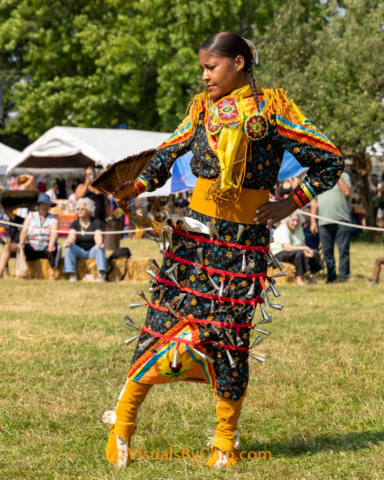 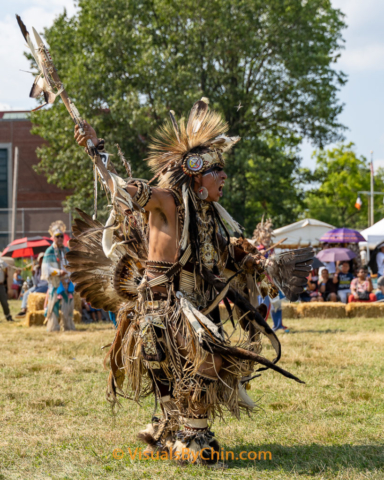